PRSC presents the launch of a revolutionary new night. The UK’s only sociopolitical comedy night, where Bristol’s satirists deconstruct the power paradigm to comedic effect, and the acts ACTUALLY get paid.

This is set to be a fantastic night of political, social and cultural comedy featuring some of the most exciting grassroots comedians of Bristol and beyond. 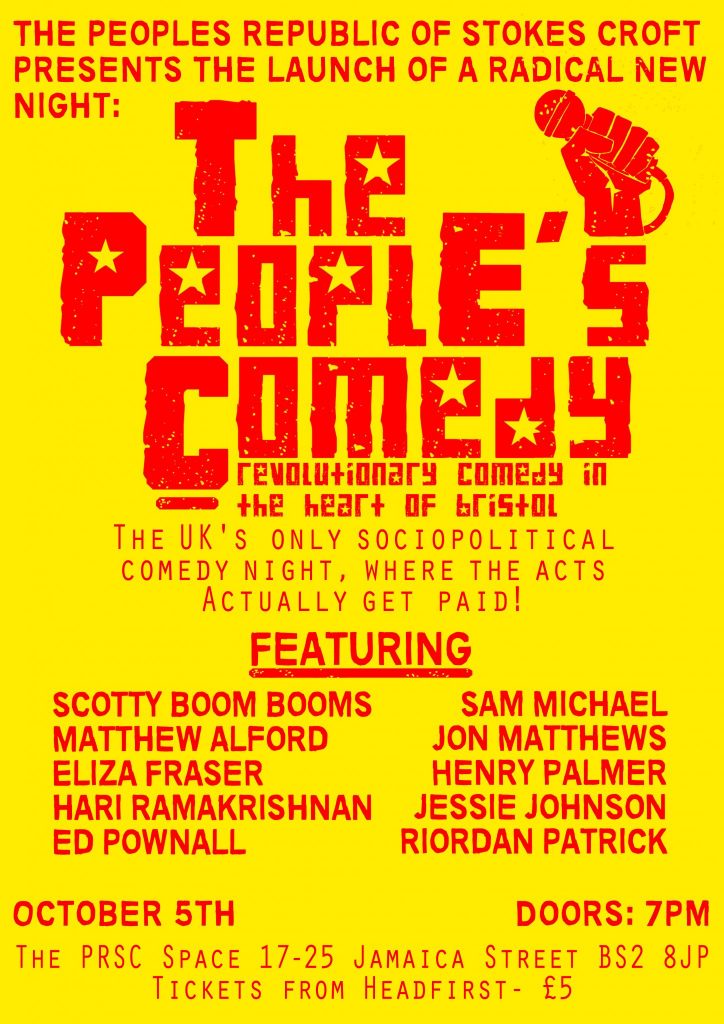