In our local studio and factory we create our own designs, and work with commissions and bespoke wholesale orders. We also run friendly, creative workshops for people to make their own unique piece of ware. 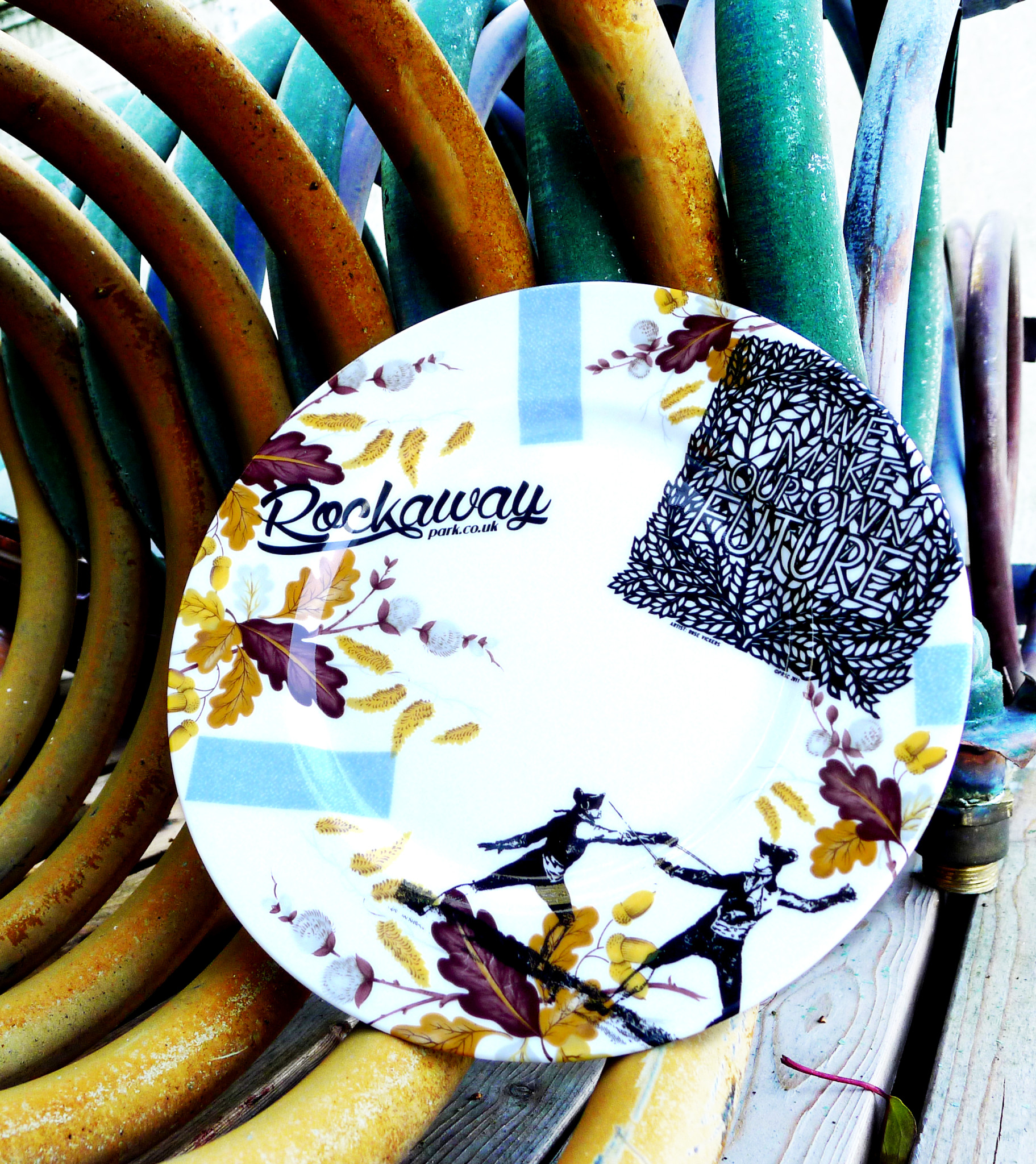 Our mugs and chinaware are available on a wholesale basis. Please contact us for further information. 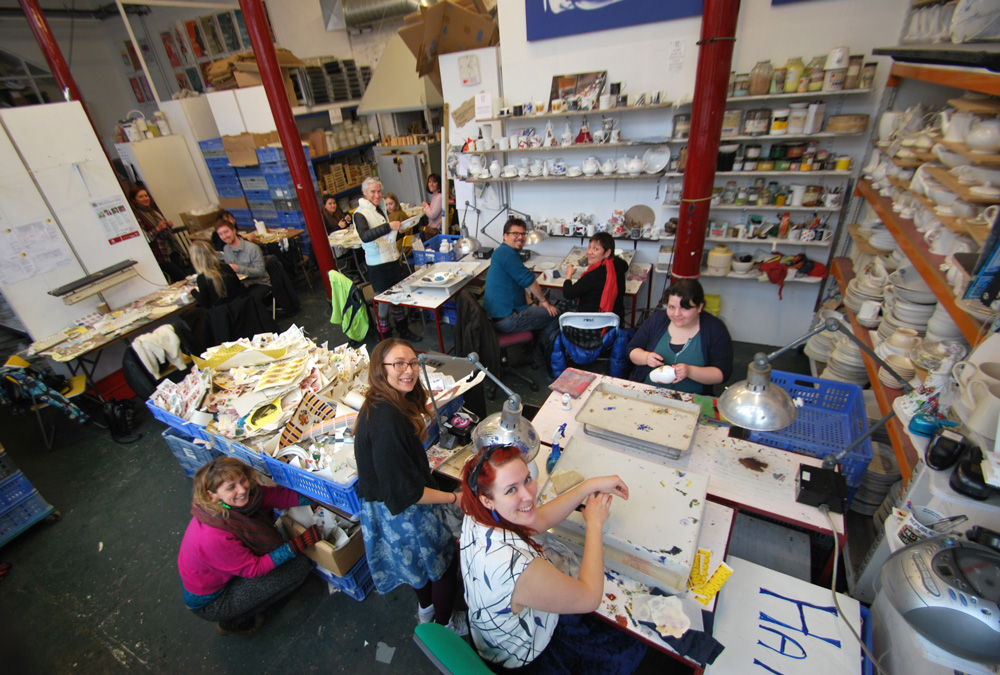 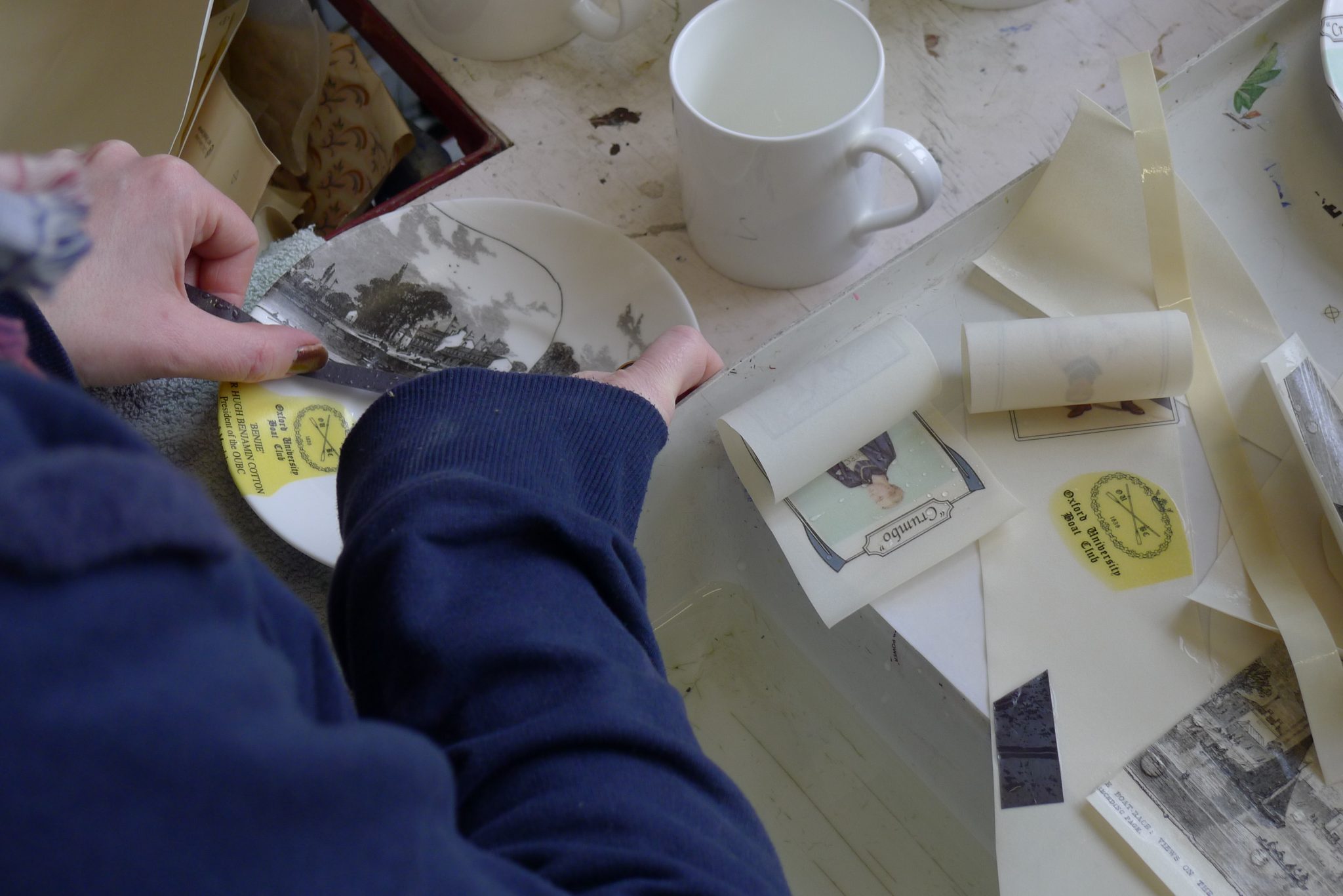 We have local artists designing and hand making every item we sell from our factory in Stokes Croft. Find our China Artists and their potters marks below. 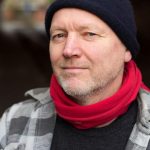 Founder of PRSC, Chris studied Economics and Philosophy at Bristol University, drove buses, sold puppets and worked variously as a market trader, wholesaler, retailer and importer of China and Glassware for over thirty years, and was therefore uniquely positioned to see the impact and implications of globalisation and corporate power at first hand.

When the Staffordshire Potteries went into terminal decline at the turn of the century, Chris had the foresight to buy up kilns and factory equipment from the bankrupt factories. He bought large quantities of whiteware, and the whole print stock of the last remaining independent decorating factory in Staffordshire. This equipment and stock has allowed the creation of Stokes Croft China, rising like a phoenix from the ashes of the Potteries’ decline.

Having worked as a wholesaler and retailer, Chris is well versed in traditional styles of ware. He tends to ignore all the rules and his pieces are known for their rough immediacy and challenging technique 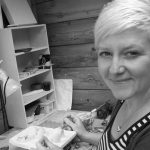 Bev Milward is an established maker working in porcelain. She was drawn to Stokes Croft China for the chance to work with fragments salvaged from our rich ceramic heritage.

She is interested in the longevity and sentimentality of ceramics, how they infiltrate our lives and can be used as a tool for communication long after leaving the maker.

Her distinctive landscape collaged pieces have a strong narrative in common with her porcelain work. She is responsible for designing Strip Ochre, David Attenborough, Deconstructed Willow pattern for Stokes Croft China

Her makers mark is a key which is featured on the front of the current British Studio pottery dictionary. 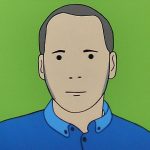 Scot studied illustration at the University of the West of England, and has exhibited his work in and around Bristol. He has been twice selected for the RWA’s Autumn Exhibition and has had work featured in ‘The Best of British Illustration Annual’.

Scot started decorating china for PRSC in 2012, enjoying the new challenge of working with a three dimensional medium. His one off pieces usually take the clean lines of the china and enhance them using symmetrical and asymmetrical designs. He is also the creator of the ‘I EAT SWANS’ mug.

Laura Kesseler is a Brummie in Bristol. She is a multidisciplinary artist who has worked as a prop maker, SFX make-up artist, puppet designer, jewellery designer and cake maker, amongst other things. A jack of all trades and a master of some!

Bandi is a multidisciplinary artist, with a visual focus on Infantilism and Dadaism. When not decorating china, he enjoys building and playing his modular synths, writing short stories and drawing like a pre-schooler.

Tristan Dowrick is a multidisciplinary artist. His work ranges from 2D art in pen and paper or digital to a wide range of 3D mediums such as ceramics, resin, leather working, model making, sculpture, and 3D printing.

Wedged some where in the middle of these is his 3D modelling and love of photography.His favourite medium has always been ceramics, his work in which he refers to as ‘Modern Alchemy’. This is due to his use of 3D printed masters to make moulds in which he turn liquids to solids.

Monika is a maker and screen printer in Stokes Croft. At PRSC she makes most lines, particularly the floral and street art lines. Recently Monika decorated a fine bone china teapot for the Temwa ‘Art for Africa 2017’ auction. 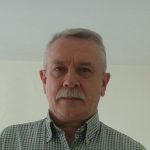 Mark is a designer/maker with a background in interior/exhibition design, furniture and graphics. He taught at Further & Higher Education levels before leaving to set up his own design practice which he ran until 2014. Since then he has reengaged with his artistic roots and completed a two year foundation course in ceramics and surface pattern at Weston College. From August 2017 Mark has been a volunteer with PRSC where his interest in deconstruction and reassemblage has been put to good use. 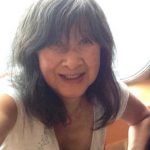 Kay Poster holds a Ceramics degree from Buckinghamshire Chilterns University, and is a retired consultant and teacher of English as an additional language for Oxfordshire County Council. She is the originator of, and mainly responsible for, the Fresh Fish line. She also spends much of her time caring for 2 grandsons! 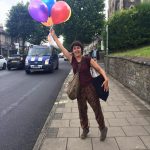 Clare Andrews completed a fine art degree in Cardiff, and has mainly worked in areas that require a paint brush. This has included painting murals at schools, traditional pub signs, theatre design and festival decor. Clare is currently working as a writer / illustrator of children’s picture books, and works mainly in watercolour and pencil.

Clare decided to look for something she could fit around her illustration work that would be creative, but also social. She started volunteering with PRSC decorating their chinaware, enjoying being part of something that is community based with a local production line. 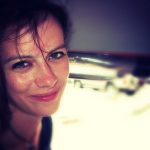 Micha Libert holds an Archaeology degree from Leiden University. Drawing on her background in Heritage, Eastern Cultures and Interior Design, she crafts idiomatic concepts for her artistic briefs. Her pieces are known for their subtlety, finish, and resourceful choice of materials and way of working. 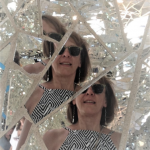 Tatyana draws inspiration for her china from her passion for architecture and designed form – a reflection of her formal education and professional background. She also has a special interest in early 20th century Russian art and architecture, particularly the Russian avant-garde of 1900-1930 and the work of its most well-known artists Kazimir Malevich and Vasily Kandinsky. From these inspirational sources, she re-interprets ideas into her china decoration combining simple geometric forms in block colour with intricate patterns of architectural and botanical drawing and reflections of Bristol street art. 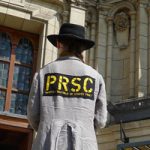 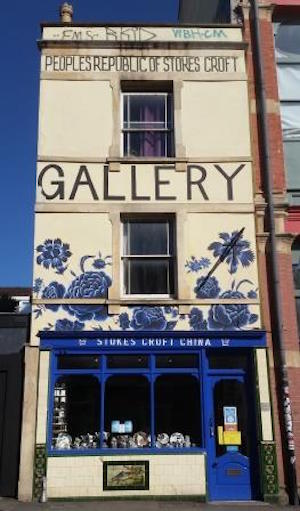 About Stokes Croft China
Stokes Croft China is an unlikely enterprise. Rising from the shards of Staffordshire’s decimated ceramics industry, its existence is the expression of the desire to “Make our Own Future”.

As the factories in Staffordshire closed their doors in the early 2000s Chris Chalkley, founder of PRSC, had the foresight to buy the whole contents of the last major independent decorating factory in Stoke: Broadhurst Bros. of Burslem.

By combining this treasure trove of historic print and ware with the art and politics that abounds in Stokes Croft, we have produced a unique mix.

Our production is very low run, predominantly unique ware designed and produced by local artists on a voluntary basis.

The revenue generated goes to fund the political aspirations of PRSC, which includes the purchase of our own premises.

In the five years since our inception our customers now include: