A fantastic night of political, social and cultural comedy

In October 2018 the People’s Republic of Stokes Croft teamed up with stand up comedians Jon Matthews and Henry Palmer to present a revolutionary new night.

The People’s Comedy is UK’s only regular sociopolitical comedy night, where Bristol’s satirists deconstruct the power paradigm to comedic effect.

Putting our money where their mouths are, it’s also the only regular night where ALL the acts get paid.

Here are some moments from our opening night Friday 5th October, 2018. 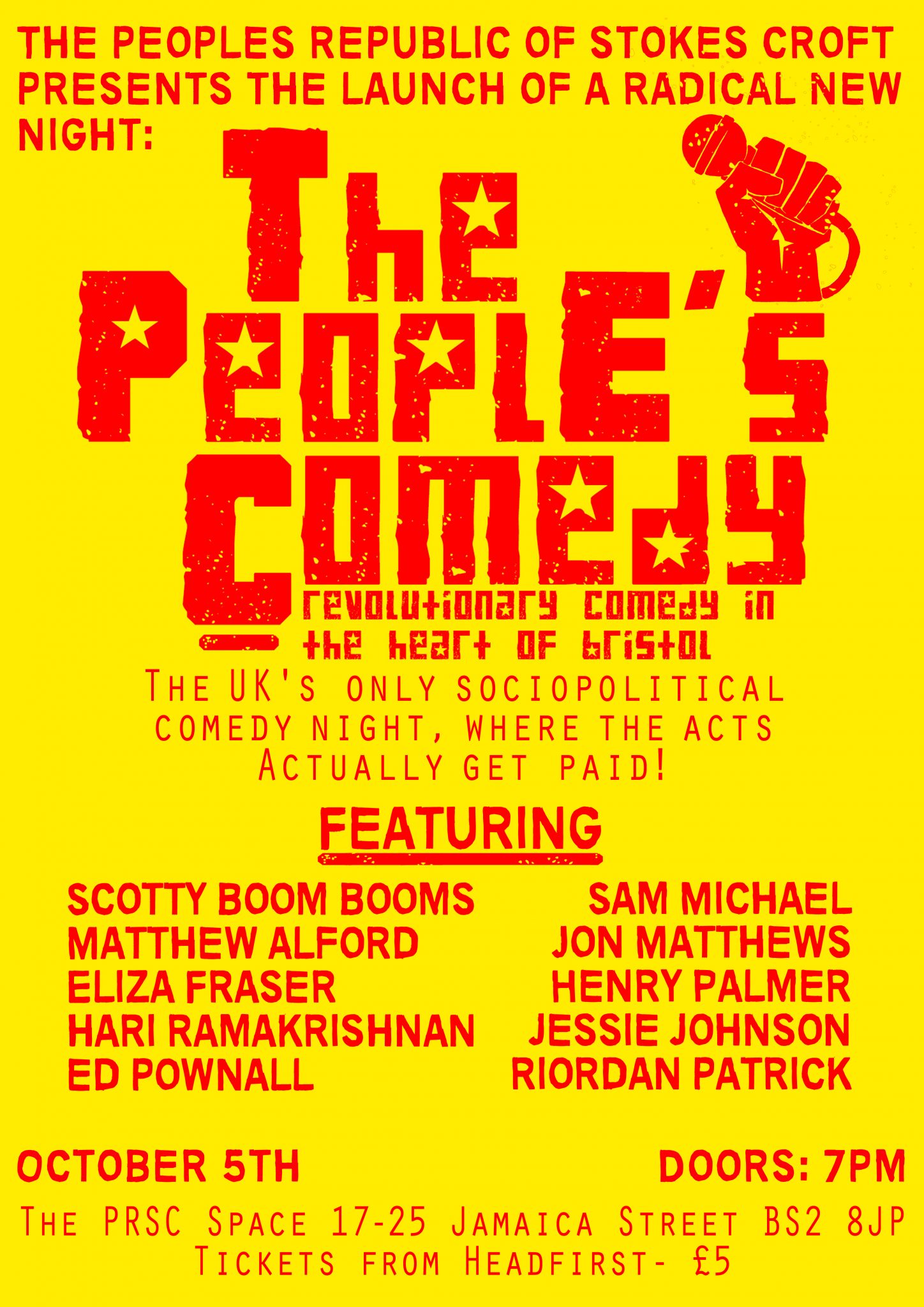