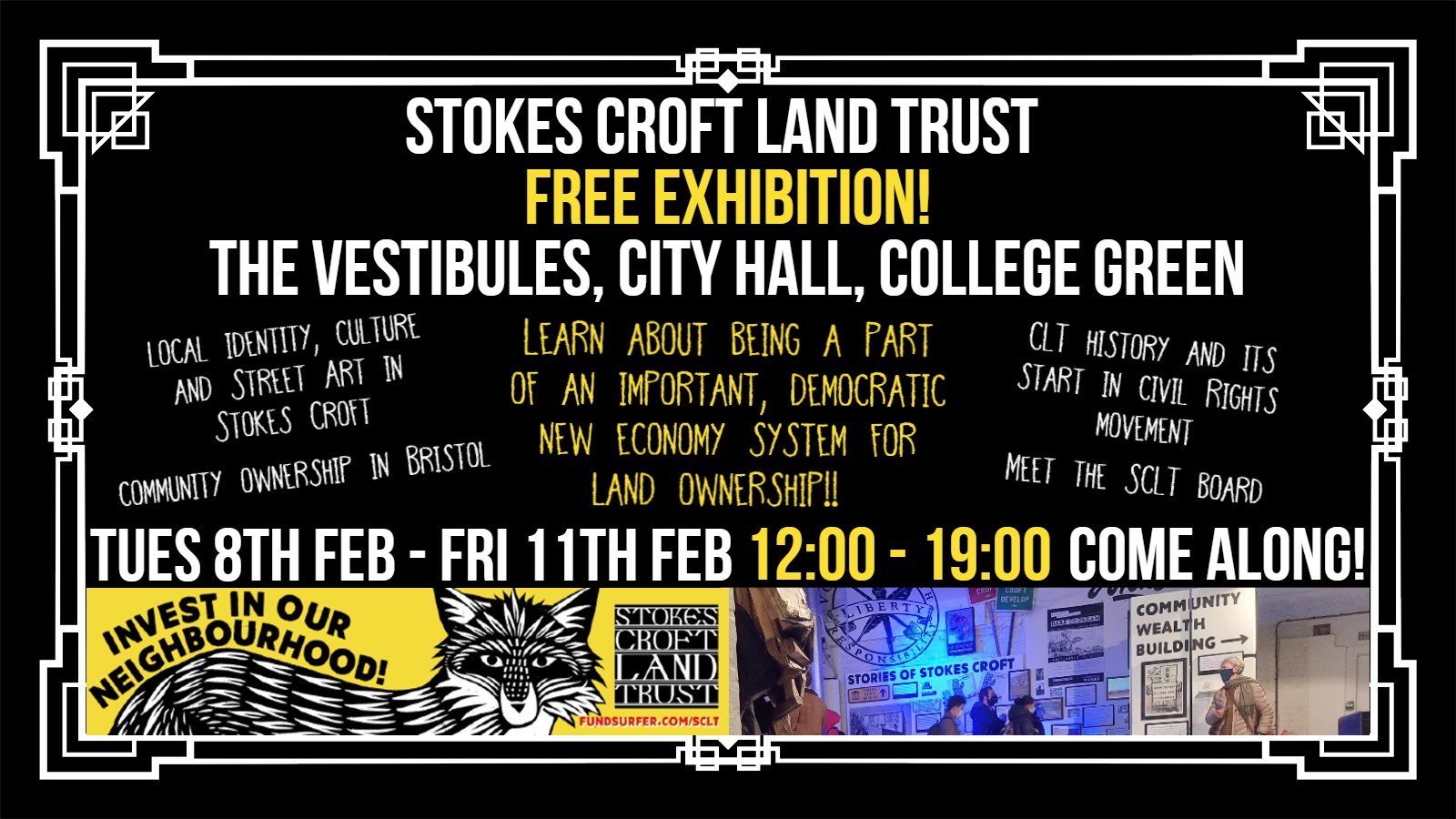 Stokes Croft Land Trust is venturing out into the world! Come along to The Vestibules in City Hall to learn about being part of an important, democratic and new economic system for land ownership, with a chance to meet members of the SCLT board in person.

The exhibition will further highlight the community wealth-building plans afoot in Stokes Croft, which can be replicable in other areas nationally. Within Bristol, there are many examples of co-ops and community-led organisations such as Cube Microplex, Bristol Ferries and the Exchange that have secured & run valued community assets and services.  The exhibition will also delve into the progress of community land trusts, detailing its origins in the United States during the Civil Rights Movement by black and farming communities in North America and its exponential growth ever since.