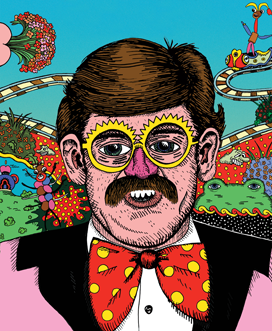 Andy may have tragically died before he could realise his abundant potential but miraculously, he still has more to give. Thanks to the wonders of modern technology, Andy’s dying wish, to perform one final comedy show, is going to be fulfilled. Expect grief, condolences, uncontrollable weeping and a swansong stand-up show by a hologram of the man himself. ‘A joyous insight into a truly bizarre mind’ (Telegraph). Chortle Student Comedy award winner. #RIPAndy