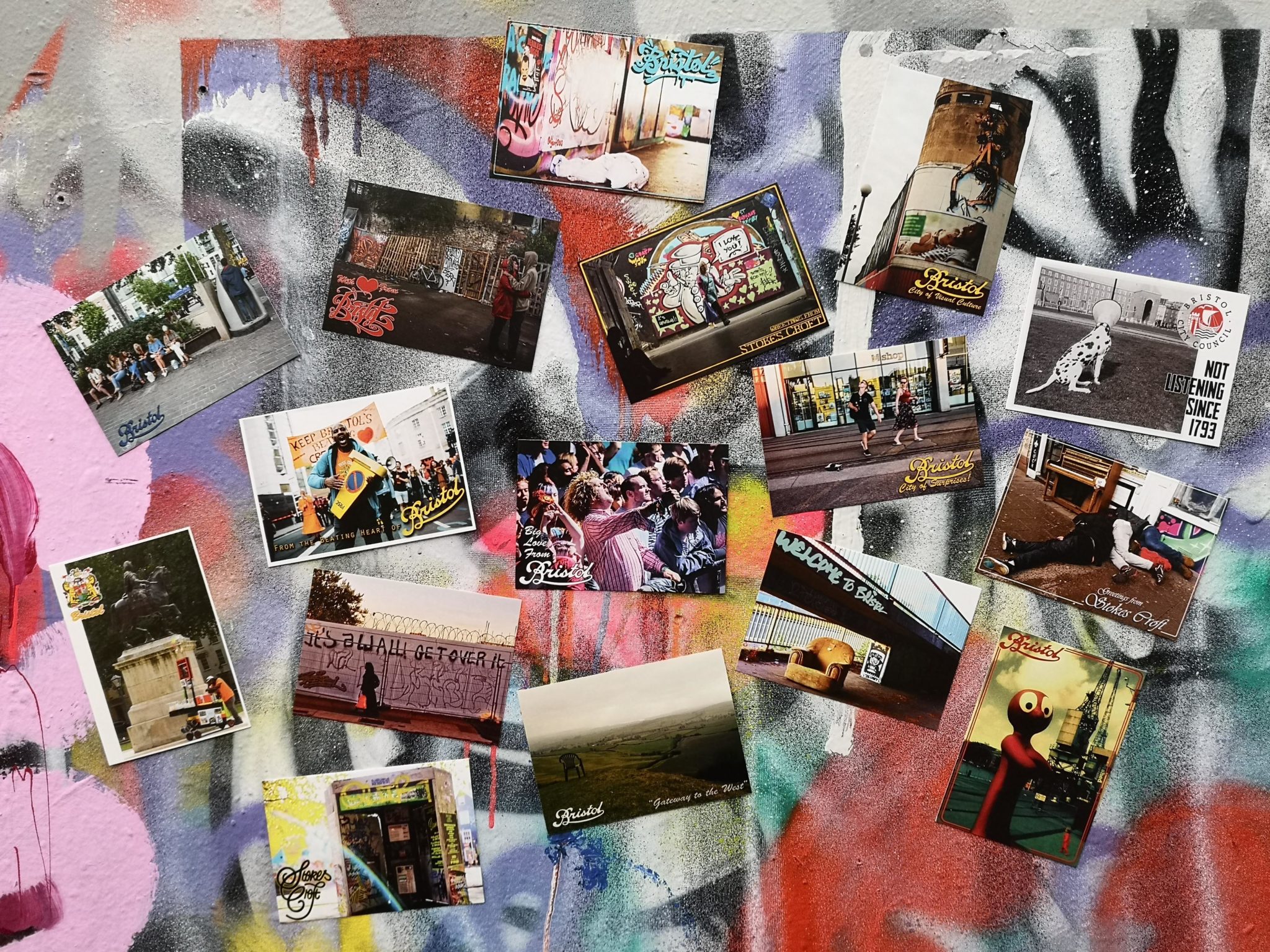 PRSC invites you to a celebration of the richness of Bristol’s visual culture.

On May 23rd the much anticipated postcard collection generated by the Proper Bristol Postcard Competition will be officially launched.

It will be an evening of live music, congratulation and irreverance. 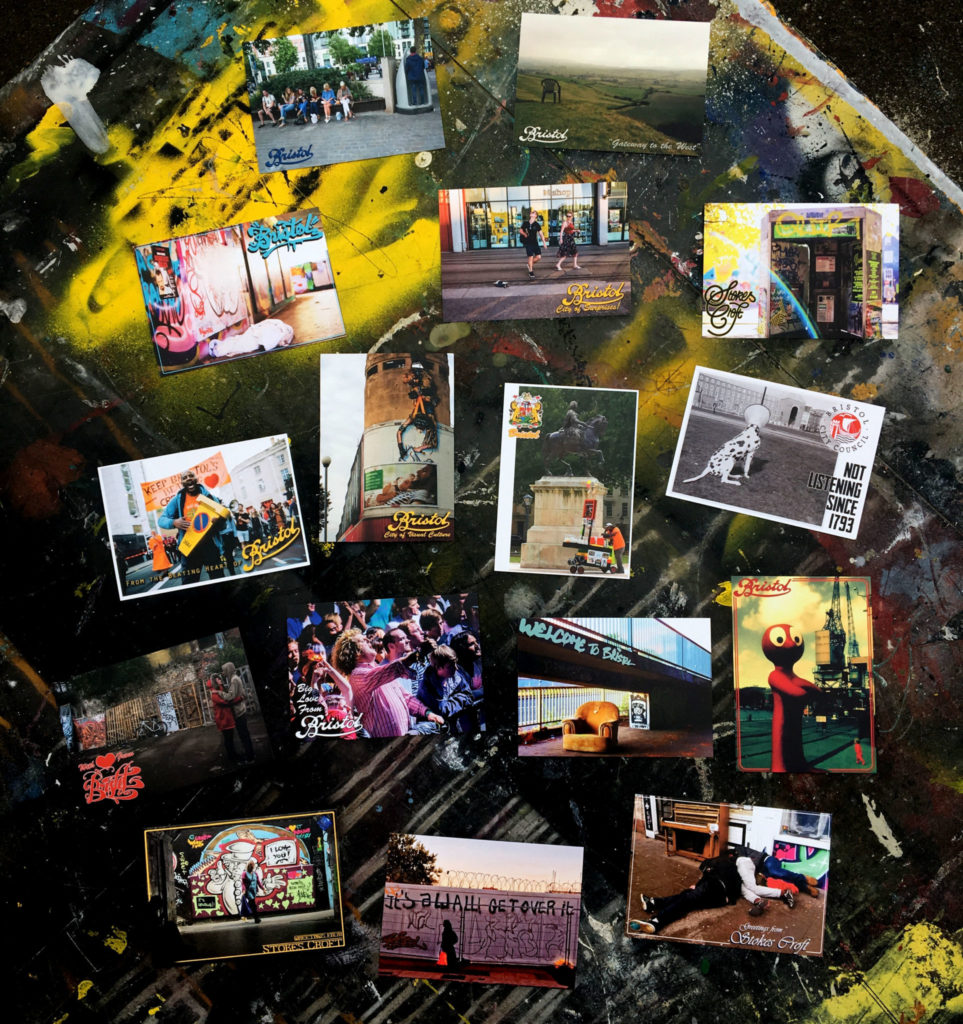 The competition was a rejection of the staid ‘suspension bridge & balloons’ image of Bristol traditionally peddled by the promoters of our fair city, and an attempt to produce a set of postcards that reflected the true spirit of Bristol as experienced by all who live and work in her.

And do you remember what happened then? PRSC received so many witty, angry, beautiful pictures that we ended up having an exhibition of all the entries last winter – a truly unique portrait of our lovely, noisy, rebellious city.

After our panel of expert judges chose their 16 finalists we put ballot boxes in public venues all over the city for people to vote for their favourites and nearly 2000 people got involved in the public vote which chose ‘Big Jeff’ by Paul Blakemore as the overall winner. In December 2018 PRSC presented Paul with a giant cheque for £250 which he generously donated to Art in Motion the charity supported by Big Jeff.

Skip forward through a busy few months for PRSC (we had to defend our Bear sculpture & all the other community assets we had built in the Bearpit and just avoided being taken to court! We ran a 2 week programme of free & affordable workshops called the School of Activism & we got really painty with Extinction Rebellion, helping them to cover the city with their message) and we have printed all the postcards and are ready for the big launch!

And on May 23rd from 6-9pm we are running an official launch party so everyone can come & celebrate with us – and maybe get their postcards signed by the photographers.