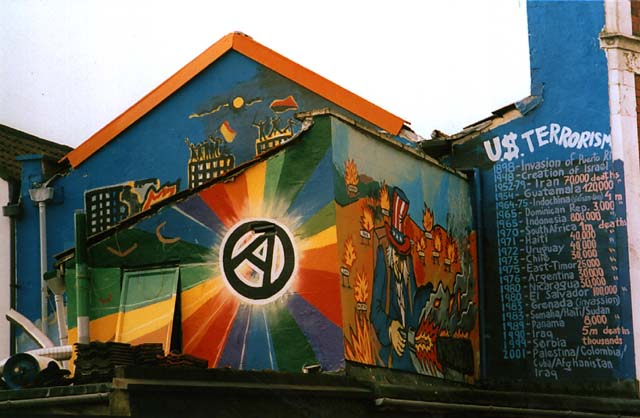 Films and discussion from the activist video creation project at Base.

Base is a self-organised space in Easton (formerly knows as Kebele). Among other projects it is home to a group of activists who are currently busy turning activist leaflets and zines into videos that can be shared and accessed by a much wider audience.

This hour long session will feature two short videos from the team, followed by Q&As.

Self created video with informative or educational content can make activism and campaigning more effective, yet the most used form of communication in self-organised spaces are leaflets, zines and posters. Much of that messaging – with anything as short as a zine – can be done using video.

The effort to create a video is about the same as creating leaflets and zines. The text on a leaflet or zine can be voiced, accompanied by imagery that assists the spoken text. The physical set up is complete with a camera, a device that can record voice and a device that can download and run a basic video editor.

This short film will share the aims and practices of the video creation project and an invitation to come and join in.

BASE is run on a number of core principles, which reflect the sort of world BASE members want to see and help bring into reality. It is these principles which make BASE a radical social centre. Instead of waiting for that ever far away big moment of revolution, or for leaders and authorities to sort out our problems, we recognise that we can make fundamental changes here and now, in the ways we organise, communicate, interact and take action. This is the everyday revolution. BASE aims to be a living example, albeit on a small scale, of other possibilities.

This short film will share the experiences of working in a self-organised space and will be followed by a Q&A discussion after.