Fighting For Change in a Crumbling Society 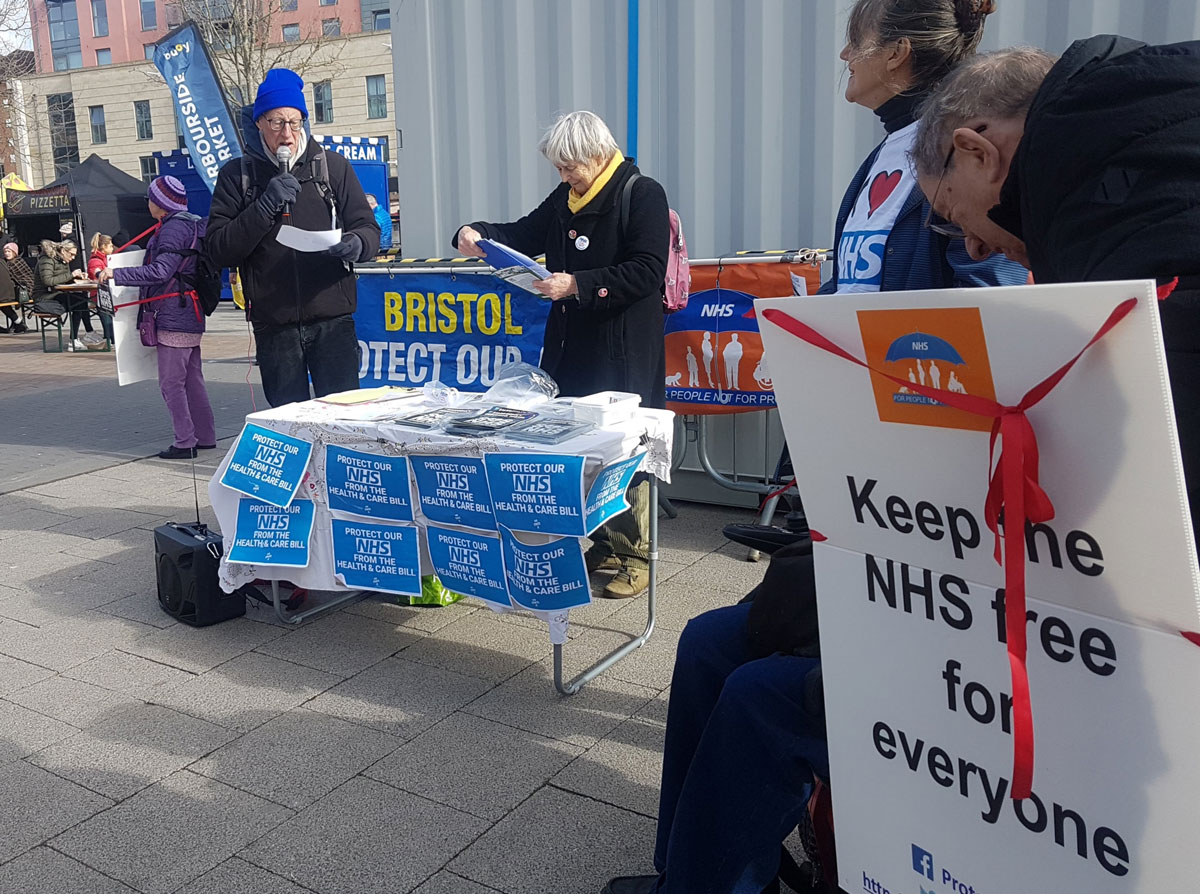 Everywhere you look today society is in freefall. A housing crisis, a cost of living crisis, a fuel crisis, a climate crisis, public services stretched to breaking and at the heart of it all a government that laughs at the suffering of others.

Bristol is not exempt from this and the last month in Bristol saw many of society’s most pressing issues – the NHS, adult social care and education – come to the fore, and the efforts being made by some to fight back.

With pay falling behind inflation, privatisation rife and staff leaving at a rate of 400 per week, the NHS is in crisis.

On February 26, Campaign group Protect Our NHS met at The Fountains for a small rally calling for £20bn of emergency funding to safeguard a fully publicly-owned NHS, and pay justice for NHS staff in the form of a 15% pay rise.

The rally comes as a new Health and Social Care Bill is passing through Parliament. The Bill will allow private companies even greater access to the NHS and hand decision-making powers to ministers, rather than GPs.

If privatisation is the sickness, it is being inflamed by Brexit, which has left many in the NHS feeling unwelcome in the UK, and the pandemic, with barrels of lucrative covid contracts being handed to the private sector at a loss of billions of pounds to the taxpayer. 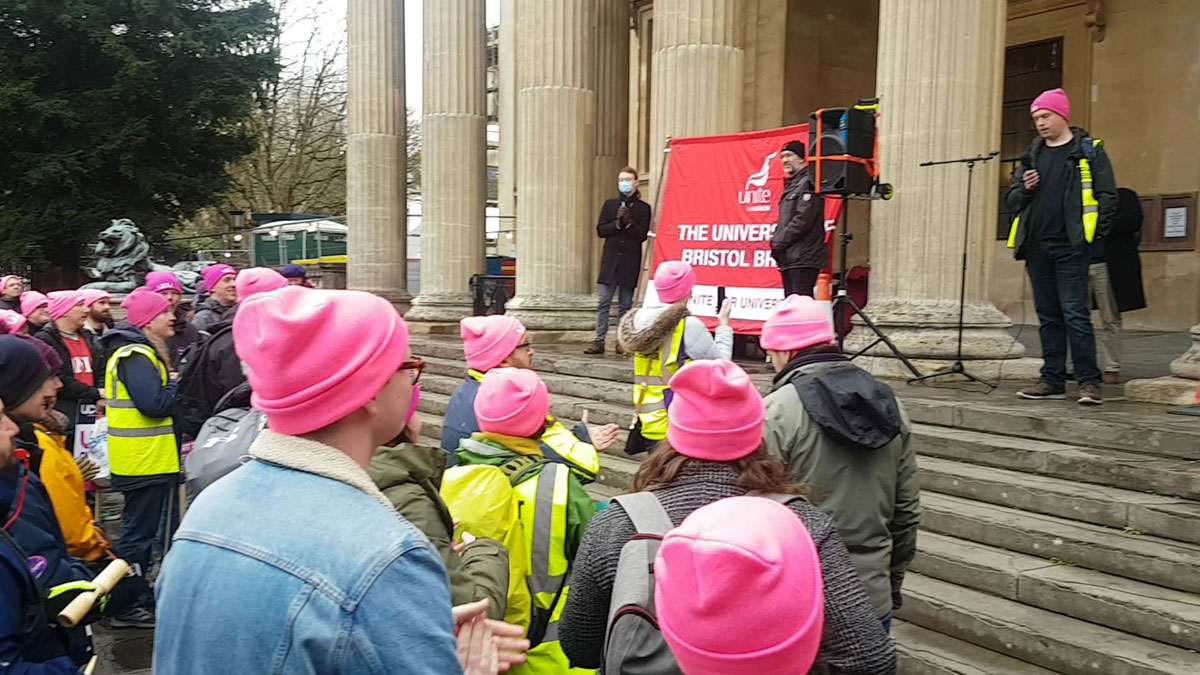 As the NHS limps on, another pillar of society is close to breaking point. From mid-February into early March, teaching and research staff at the University of Bristol joined the University and College Union (UCU) strike action against a proposed 35% cut to pensions and ongoing issues surrounding poor pay, pay inequality and casualisation.

These are long-standing issues and this is not the first time Bristol UCU has taken strike action. However, the mood at the latest strikes was considerably more downbeat than in December 2021. Staff spoke in frank terms of how casualisation affects them, leaving them unable to rent or buy a home, generating anxiety and forcing some from the profession altogether.

Talking to striking staff, it was clear that so many feel beaten and disappointed by what their jobs, once so rewarding, have become. One academic spoke of how the collegiate nature of his work 20 years ago has been replaced by competition and a stifling management structure that prioritises student numbers, and tuition fees, over education.

Strikers’ spirits were buoyed, however, in the final week of the strike as news broke that a small group of students had heroically occupied the great hall of Wills Memorial Building. The group, acting autonomously, demanded that the University back the UCU proposal to overturn the pension cuts, as well as demanding protection against repercussions for striking staff and themselves.

The occupation lasted an impressive 11 days and helped bring vital public attention to this important issue, one which is far from resolved. 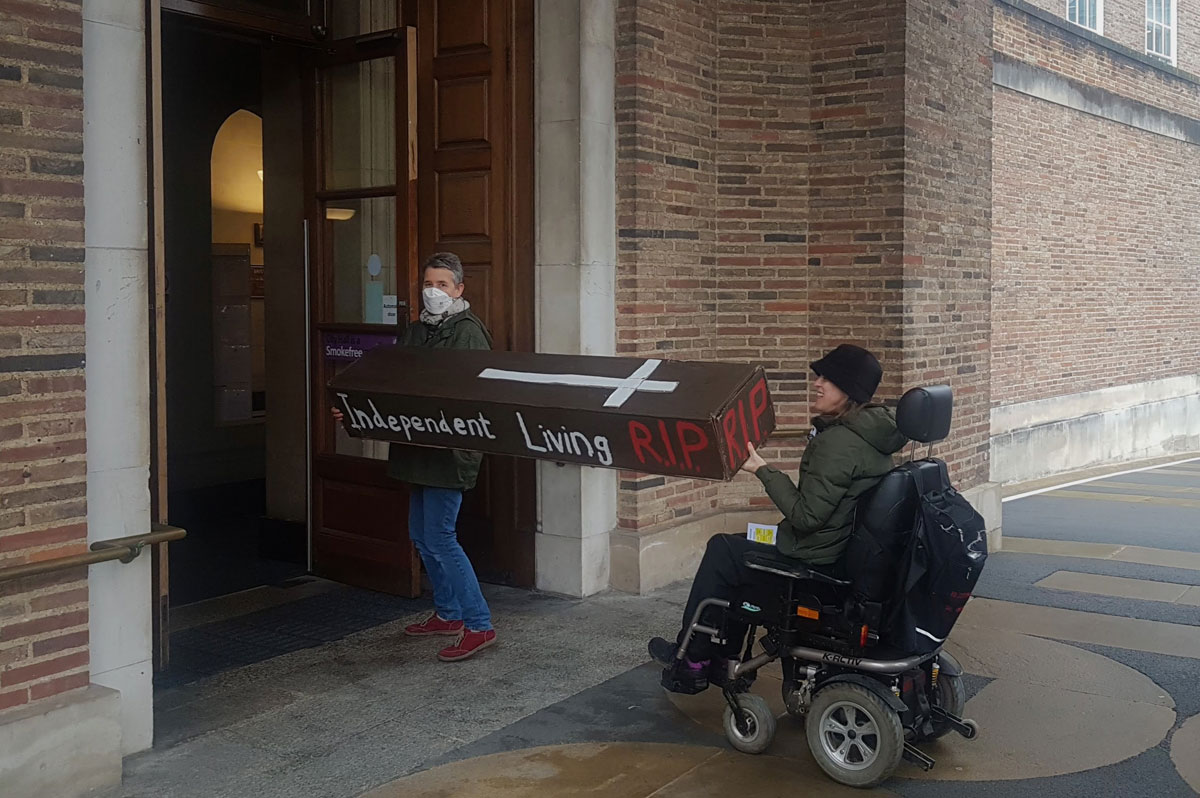 Finally, the day after the strikes ended activists from Bristol Reclaiming Independent Living protested outside City Hall as councillors met to pass this year’s budget, which includes millions of pounds of cuts to adult social care.

Those in need of adult social care have been held over the flames for years, ever since, Bristol Council contracted a public service consultancy firm (for the sum of £286,855) to implement a demand management strategy aimed at “maximising independence” on social care services.

Campaigners take offence at this, arguing that the alternative services offered, including technologies to support independent living, are not sufficient replacements for personal care.

Education, healthcare, social care: the pillars of our society have been attacked time and again by a decade of Tory austerity and neoliberalism and the cracks are showing clear as day.

Still, never let a good crisis go to waste, as they say. Now more than ever there is space to discuss alternatives to the status quo. A fully public NHS with fair pay for all staff, an end to the commercialization of education and an adult care system that respects the individual human being are just the beginning.