For Britain Defeated, but Threat of a Far Right Britain Remains 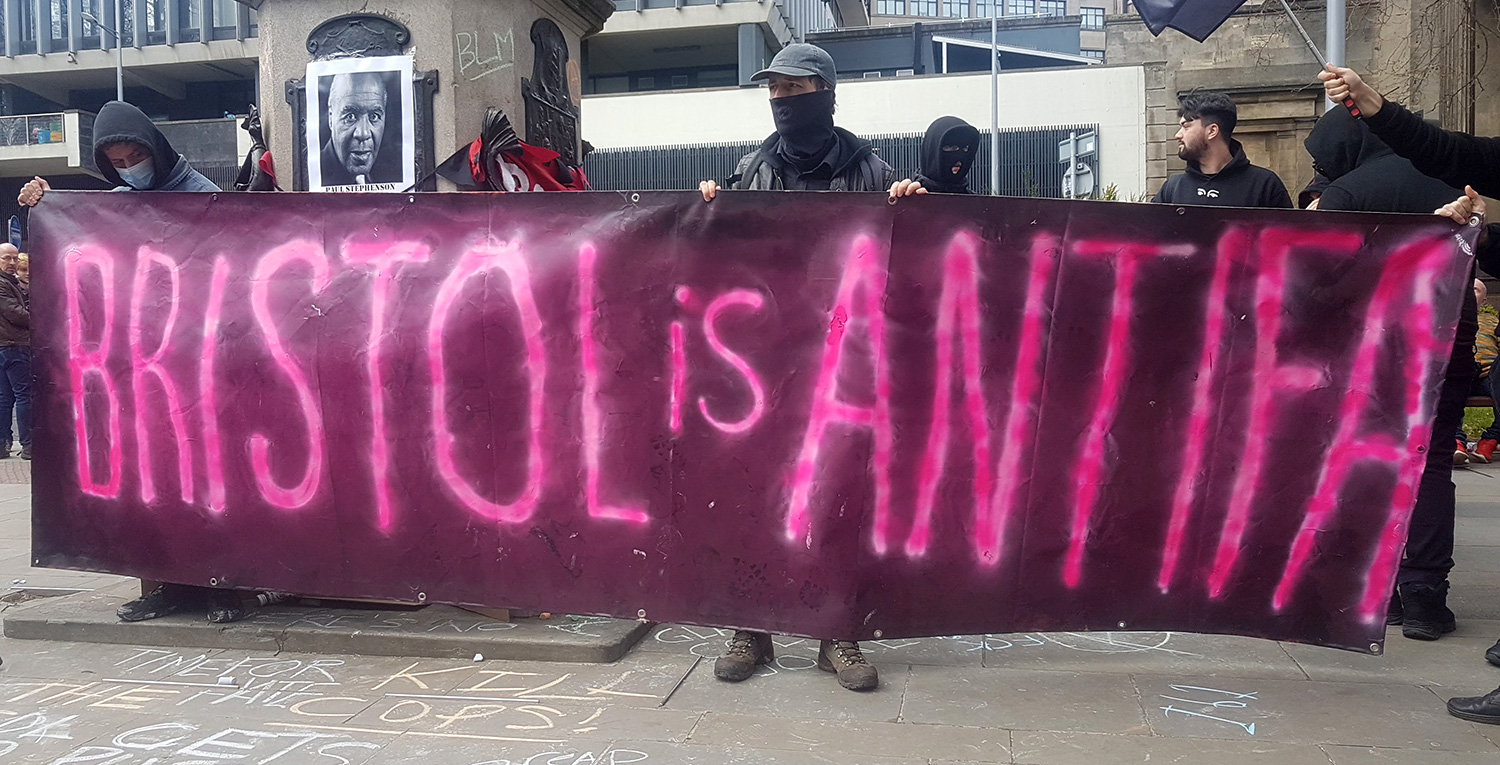 When people began to gather around the empty plinth on April 9 the early spring sun was just peaking over the tower of nearby St Stephen’s church, shining its light through the space in which Colston once stood.

The light was welcome, piercing the shadow that had hung over Bristol since late March when far right group For Britain announced plans to hold a demo in the city.

Scheduled for the ninth the so-called anti-Black Lives Matter rally was intended to protest the toppling of Colston and, the latest cause celebre of the right, the acquittal of the Colston 4. For Britain leader Ann Marie Waters was to lead the demo and introduce guest speaker Tommy Robinson (aka Stephen Yaxley-Lennon), who joined the group in March.

In response to the news Bristol’s anti-fascist and anti-racist groups jumped to action and mobilised a counter-protest. Shared hundreds of times on social media, local papers and even getting an episode on the podcast 12 Rules For What, the call-out snowballed and it became clear that Bristol was prepared to take to the streets and stop the fascists in their tracks.

And almost on cue, on April 2 For Britain announced via their website that the Bristol rally was cancelled, with Waters citing concerns around the counter-protest as the reason for the cancellation.

The defeat was no doubt humiliating for For Britain, but it was welcome news for Bristol, and a chance for the city to celebrate a win. 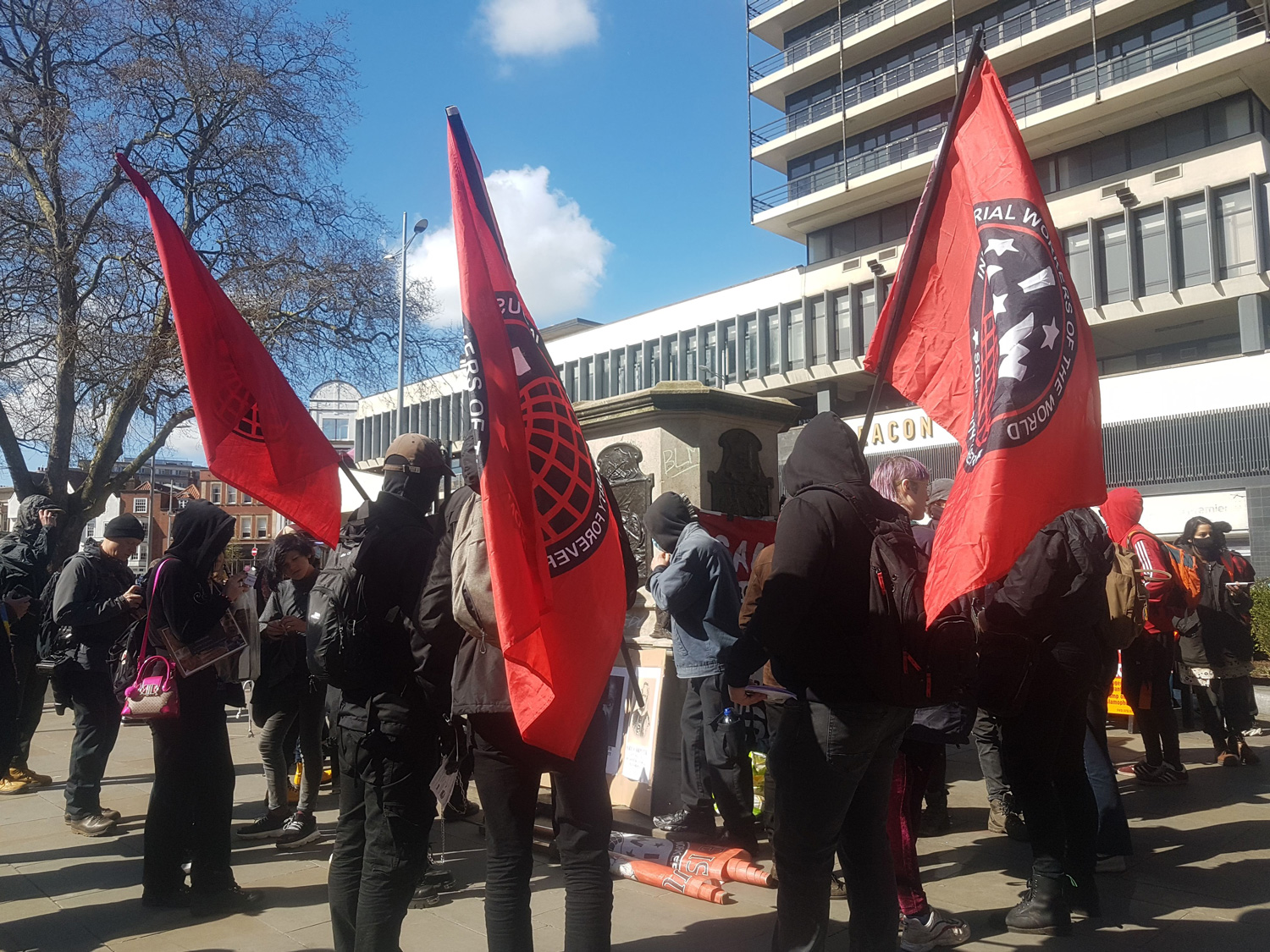 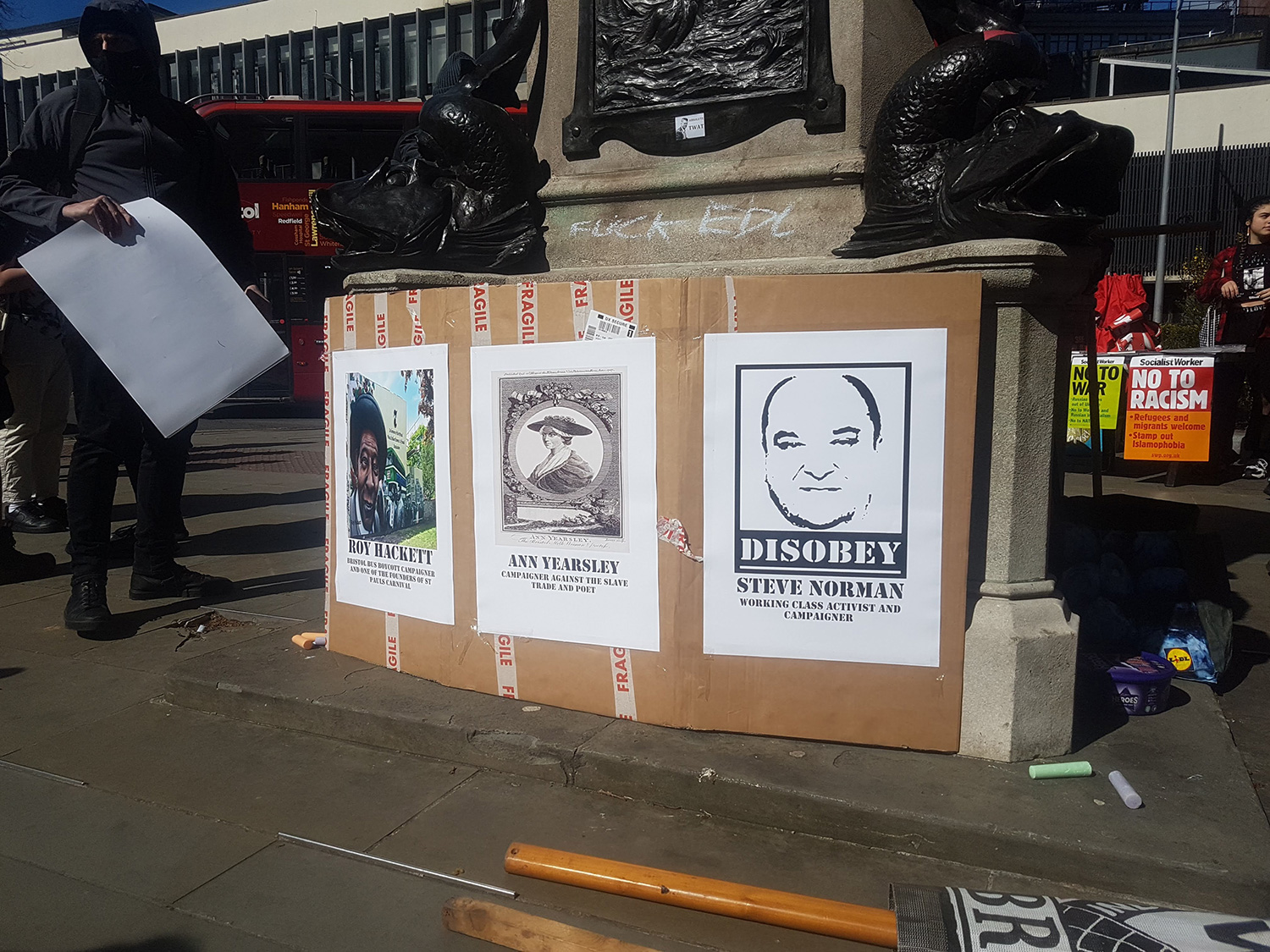 On the ninth itself, anti-fascists and activists of all stripes held their counter-protest around the empty Colston plinth anyway, although with the fascists vanquished it was no longer a counter-protest so much as a celebration.

People gathered throughout the day to enjoy music, dancing and free food courtesy of Base community kitchen. Attendees sat in the dappled light of the grass enjoying a picnic-like atmosphere.

The empty plinth was decorated with images of Bristol figures who have fought against racism and injustice. Mary Carpenter, a 19th Century campaigner against the slave trade; Princess Campbell, one of the first black NHS ward sisters in Bristol and an anti-racism campaigner; and Paul Stevenson and Roy Hackett, who led the Bristol Bus Boycott.

The weather is fickle, however, and clouds can quickly gather once again.

Waters has vowed to return to the city another time, saying: “We are going to Bristol, but we’re going to be going at a time when Antifa don’t know we’re going.” 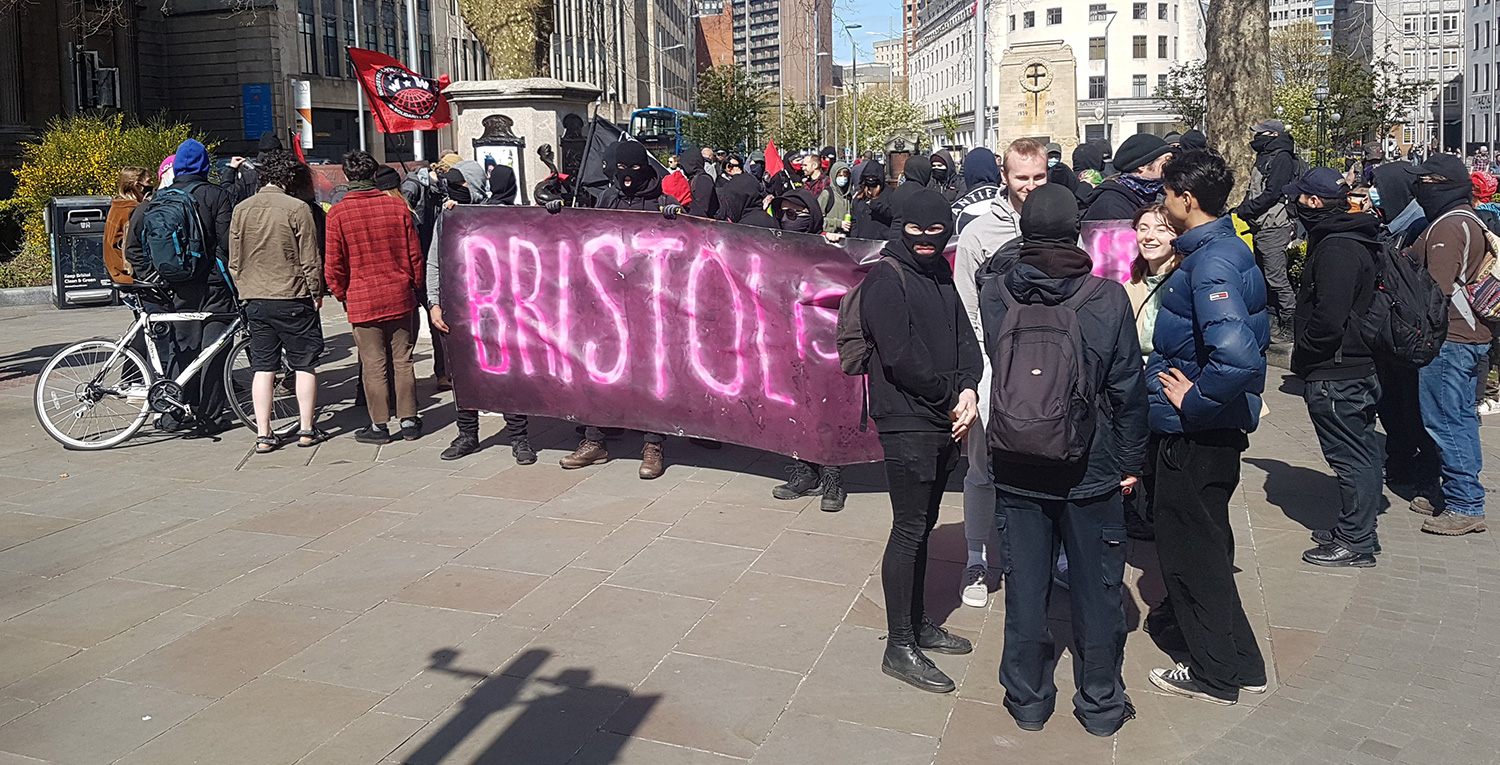 Meanwhile, the courts continue to dole out eye-watering sentences to Kill The Bill protesters who took part in protests last year to protect our basic rights. The trial of Charlie Mae began today (April 26) at Bristol crown court and many more are scheduled throughout the year.

And from the Policing Bill to the Nationality and Borders Bill to Boris Johnson’s continued lies over Partygate, the government’s commitment to pursuing an anti-refugee and anti-social justice agenda whilst excusing their criminality and corruption with “state-of-emergency” rhetoric regarding the war in Ukraine reminds us that the victory over one far right group on one day in one city is far from enough.

Bristol has a rich tradition of resistance to fascism, racism and oppression which is continued today by groups like Glad Colston’s Gone, Bristol Antifa, Bristol Defendant Solidarity, Bristol Anarchist Federation and the IWW, all of whom were represented on April 9. The fight for a fairer world is an ongoing struggle, and one in which we each must play an ever-vigilant part.