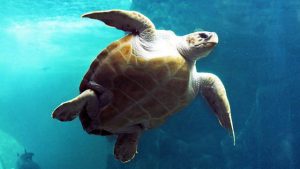 The Bearpit Improvement Group and the Peoples Republic of Stokes Croft are delighted to be working with Witness the Wild to help deliver this amazing event on Saturday 30 September and 1 October 2017 in the Bearpit.

This will be the second year in a row that Wildscreen will deliver a public festival celebrating the natural world across the city. Witness the Wild will kick off at the Bearpit on Saturday 30 September and will see artists, filmmakers, photographers and conservationists come together to share the wonders of the ocean with communities from BS1 to BS11 through a diverse events programme.

The first day of Witness the Wild will sea the Bear Pit transformed into a watery wonderland.

Key events at the Bearpit include:

This beautiful and inspiring documentary features the wildlife of Hawaii’s famous surf zone and the surfers and scientists who are fighting to protect it. Turtles, dolphins, monk seals and albatrosses all have to cope with the growing number of people using the island beaches, but now animals face a new threat from washed-up plastic. A varied bunch of island characters, including born and bred Hawaiian musician Jack Johnson, make it clear that these beautiful islands have a powerful message for us all.

5pm THE BLUE PLANET
This opening episode touches on all aspects of the oceans to reveal the sheer scale, power and complexity of The Blue Planet

6pm THE DEEP
The deep remains the least known of all the ocean habitats. It is an eerie world where animals play hide and seek and where predators with massive teeth and enormous mouths lurk like patient rat-traps, waiting for their prey.

7pm OPEN OCEAN
In this marine desert there is nothing save the burning sun above and the blackened abyss below – yet here live many of the most spectacular predators in the ocean.

8pm FROZEN SEAS
For the first time, the frozen worlds of the Arctic and Antarctic are compared, where the annual freeze and retreat of the sea governs the pace of life. With winter temperatures plummeting to 70 degrees celcius below freezing, relief only comes with the brief respite of spring.

Read more about the Bearpit event in our online event listing.

The full line-up of events can be found at: http://www.wildscreen.org/witness-the-wild/

This piece originally appeared on the Bearpit Improvement Group website.