Homer to Hip Hop: a People’s History of Spoken Word 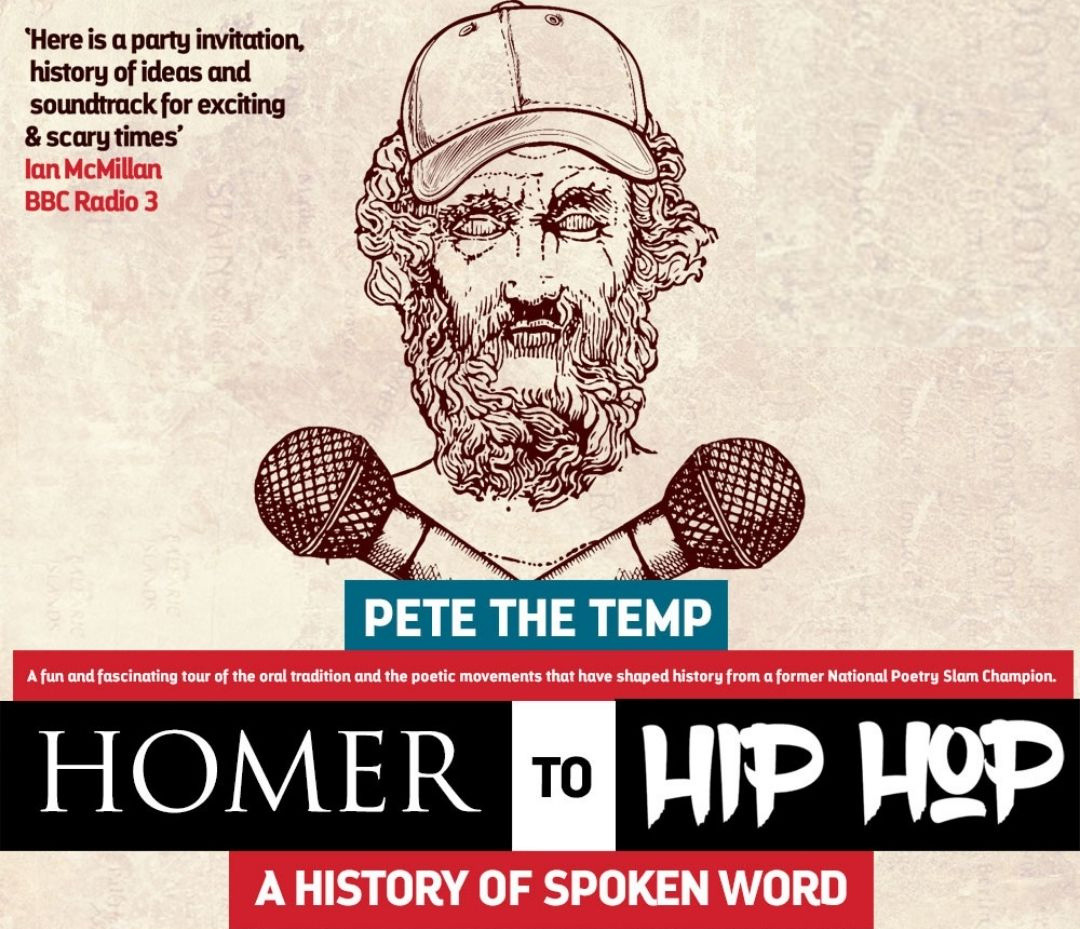 A performance lecture from author and poet, Pete Bearder

As we enter the post-COVID comeback, meet the artistic revivals that have remade the world from the bottom up.

Former National Poetry Slam Champion, Pete “the Temp” Bearder, brings to life the poetic movements that have shaped history. Find out why wordsmiths have always been vilified, feared and revered, from the ballad singers and Beat poets, to the icons of dub, punk and hip hop.

Pete is an award-winning spoken word poet, author and comic. His work has been featured on BBC Radio 4, The World Service, and Newsnight. This show follows the release of his ground-breaking new book Stage Invasion: Poetry & the Spoken Word Renaissance.

Tickets on sale at a later date.