Our Walls – Creating a city free of corporate outdoor advertising

Creating a city free of corporate outdoor advertising follows a broader discussion about the visual amenity of the city. Bristol is a fortunate city, wealthy but not obscenely so, and its people are generally independent of mind. Our city is well placed to become an example of best practice, to be a crucible of ideas.

A visual discussion in Bristol

In a city known globally for its liberal attitude towards street art, it is entirely appropriate to extend the discussion to the whole visual amenity of the City. As rampant consumerism is increasingly called into question, it is necessary to include corporate billboard advertising in the debate. By the age of 13, the average young person will have seen a million advertising messages. 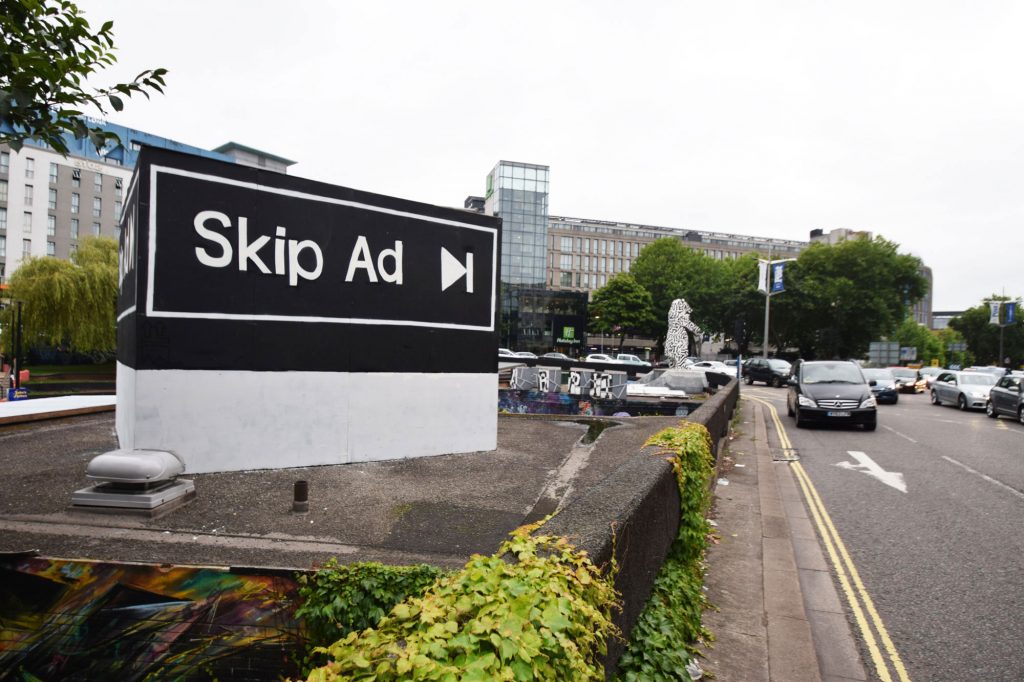 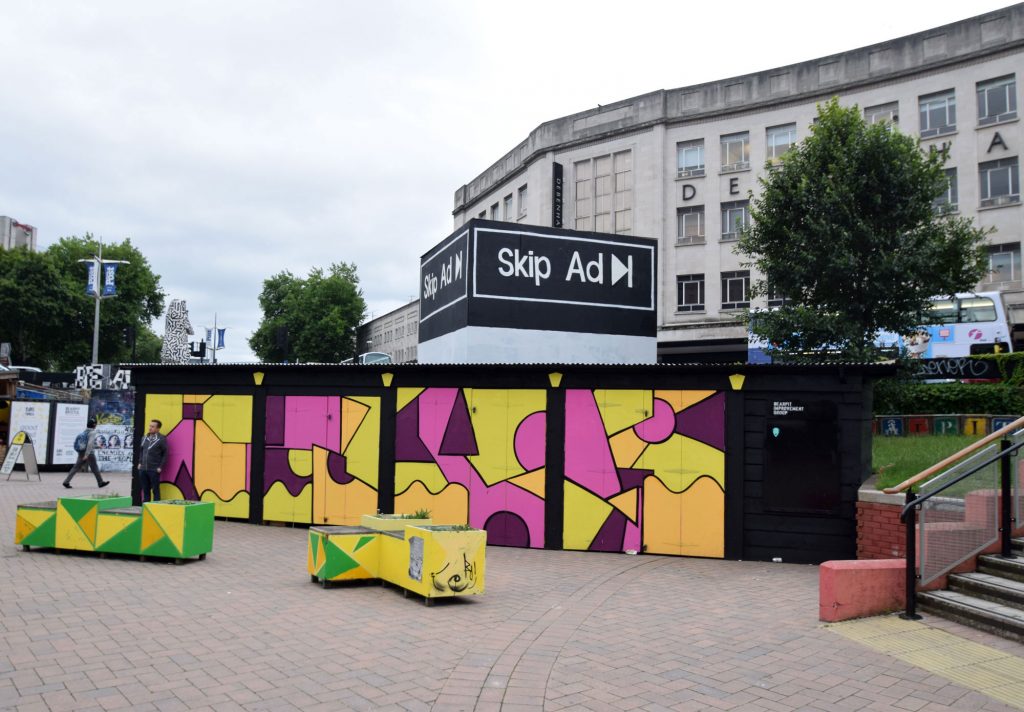 ‘Skip Ad’ on the Bearpit Cube.

Bristol can become healthy, affluent and fairer by daring to be rid of billboards whose overall effect on the city is pernicious and not in the interests of its inhabitants.

By becoming the UK’s first ad free city, Bristol places itself in the role of progressive innovator, which will benefit our citizens and attract like minded people to our fair city. As a progressive forward-thinking city, we could follow the example of Sao Paulo in Brazil and Grenoble in France to end outdoor advertising.

‘Imagine a city free of corporate advertising’ on the Gatton Road Wall.

Adblock Bristol is new group wishing to create a city free of corporate outdoor advertising. Their campaign is a debate which will continue to take place on our walls and billboards until our city is rid of the blight of corporate advertising.

AdBlock Bristol are looking to do the following:

Check out the video below, where BBC West talks to AdBlock Bristol.