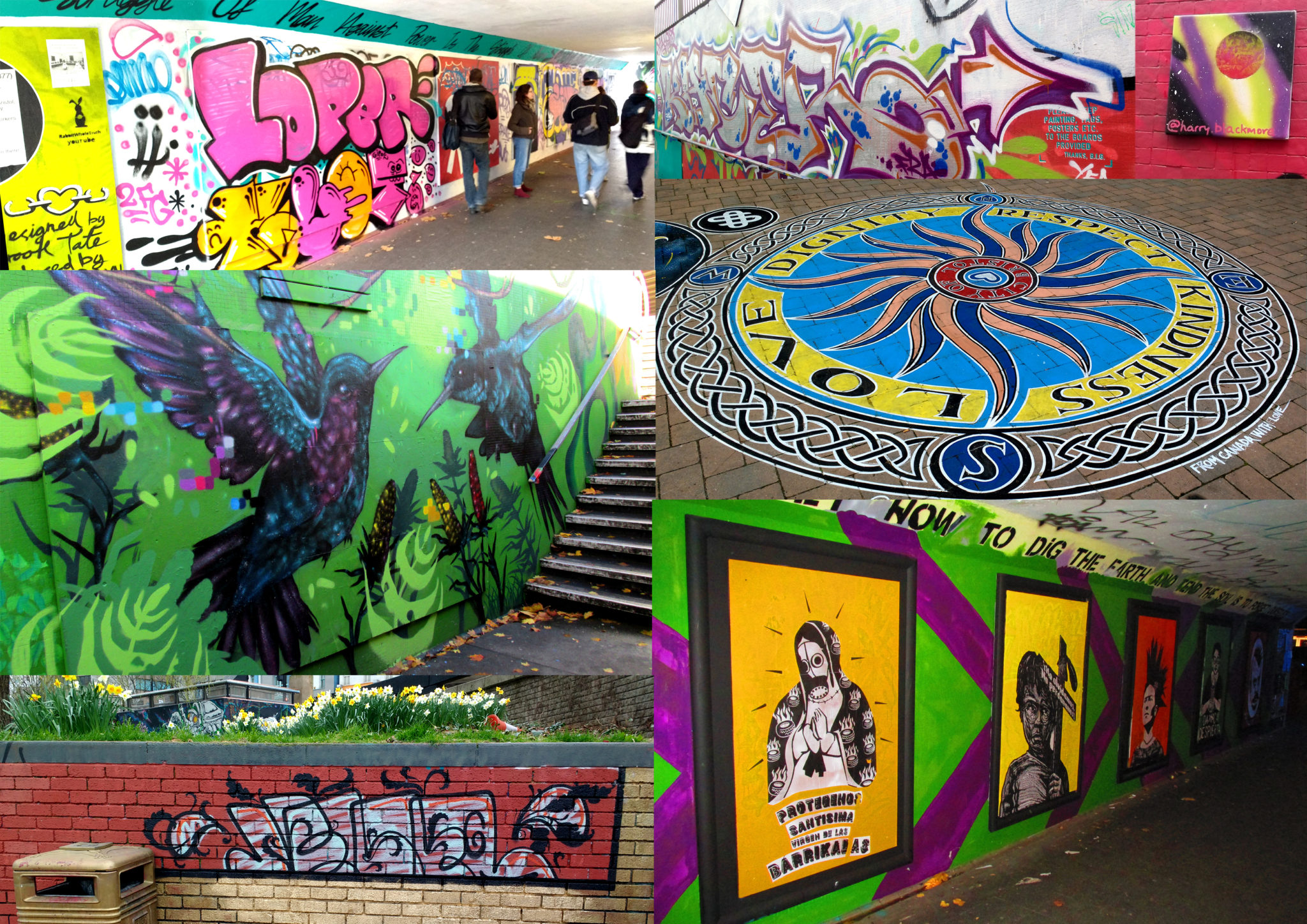 Whatever else people think of the Bearpit, before the recent council take-back it had grown into a space covered in art, and a part of the visual culture of the city. Everything graff and street art could be seen down there, ceramic installations, huge (and never defaced!) murals, paste-ups and stickers, tags and throwies, impromptu exhibitions, and even a few big installations which took over the whole Bearpit. Not to mention Ursa the Bear herself!

In a celebration of the diverse and incredible artwork which the walls of the Bearpit have featured, in August we’re creating an exhibition from the shattered remains of the art boards the PRSC originally installed all those years ago. Some as they were returned to us, some re-painted by the various artists who painted down there over the years, and others cut down into smaller canvasses so that you can take a piece of the project home with you. We will also be showing photos from our extensive archive.

Join us at the PRSC Space on the opening night of Friday 9 August (6-9pm), or 12-5pm daily until 18 August, for a last chance to share memories and visit this optimistic experiment in expressive freedom.